If you’ve been following SpaceCadet for a while, you’ll know about my friend Mel of Singlehanded Knits.  She’s a designer, a podcaster, a good friend, and hands down one of the most upbeat people I’ve ever known.  And I want to share something about her with you. 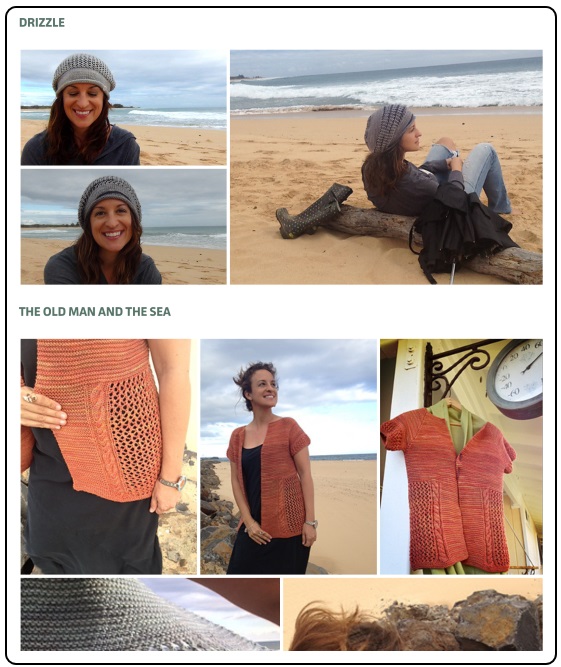 Now, what you may not have known is that Singlehanded Knits is so named because, several years ago, a coconut falling from its tree landed on Mel’s shoulder, causing serious nerve damage, and she lost the use the of her left arm.  Though the circumstances sound almost ridiculous, the reality was devastating, and I know from our conversations, just how hard it was for her.  I think many people in the same situation (including me) might have been tempted to just let everything stop.  But Mel’s reaction was extraordinary and so inspiring — facing her challenges head on, she refused to be beaten.  Instead, she adapted and raised her game — she learned to knit with one hand, she began designing, and she started a blog and her podcast, recorded on the beaches near her home on Kauai, which she called Singlehanded Knits.   And the whole time, Mel continued to believe she would one day regain the use of her arm, and worked hard with doctors and physical therapists to make it happen.

This past weekend, she launched a brand-new podcast and a (stunning beautiful) blog.  It’s called “With Mel”, and it’s her first step in the process of moving her online presence to a new domain.  No longer will she be Singlehanded Knits.  And the reason?  Well, it’s in the photo below.  Can you spot it? 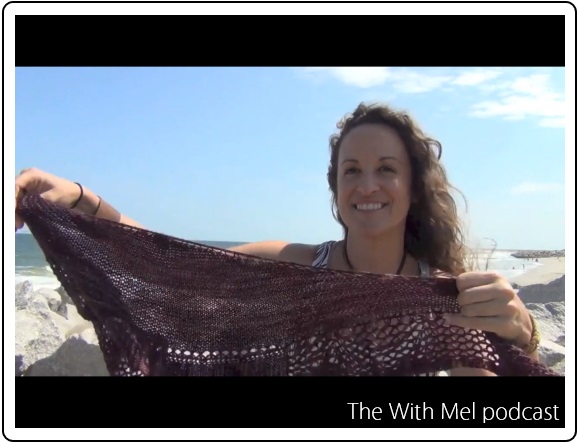 Now, that’s a small thing in the grand scheme of the world, and I know Mel still has a lot of hard work ahead of her to continue her healing.  But it’s also huge.  It’s HUGE!  When I saw Mel move her left arm during her new podcast, I stopped dead in my tracks and squealed out loud.  She can use her arm again!

And when there is an event of true joy like this, I think it’s worth celebrating, don’t you?  So this whole post is about nothing more than sharing with you a small miracle, an amazing bit of news to bring a bit of light to your Tuesday morning.

Good morning, everyone.  I hope you have a wonderful day! 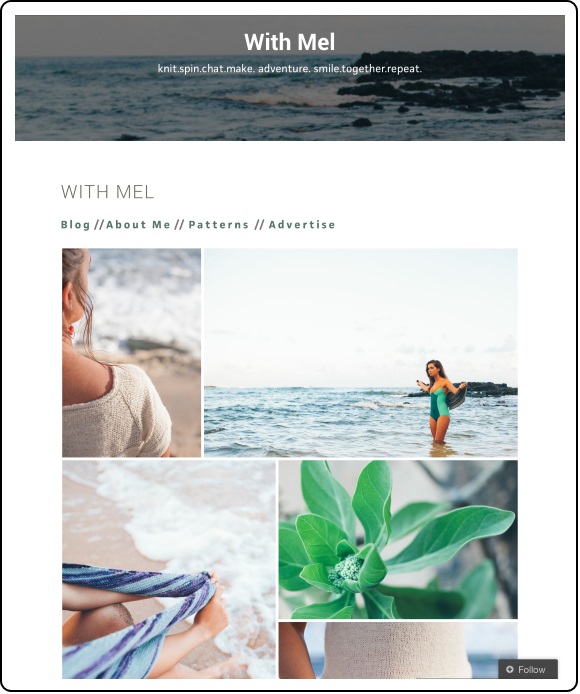 PS — if you want to add your celebrations to mine, do send Mel your good wishes on her new blog.  I know it’d mean the world to her.  Aaaaaand that shawl she’s holding in the podcast image I showed you above?  She’s doing something seriously cool and collaborative with it on the podcast.  Go watch and join in!

One thought on “Some Truly Wonderful News”